The virtual machine will be acting as the server and the Pi will be the client.

Within Raspberry Desktop, click the Raspberry in the top left and navigate to Preferences > Pi Server, this will open the Pi Server software and give an introduction outlining the requirements of using Pi Server.

The next screen will show the MAC address of the Raspberry Pi(s) that are detectable on your network. 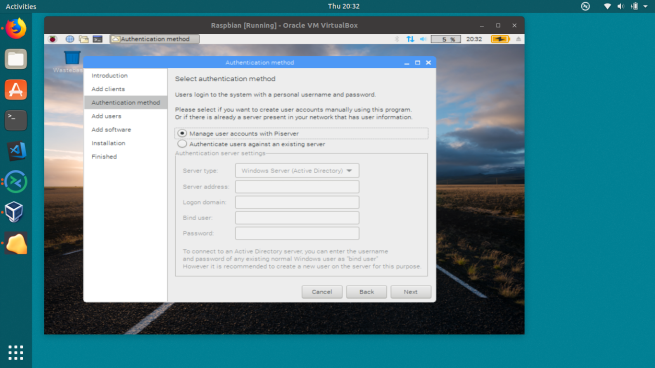 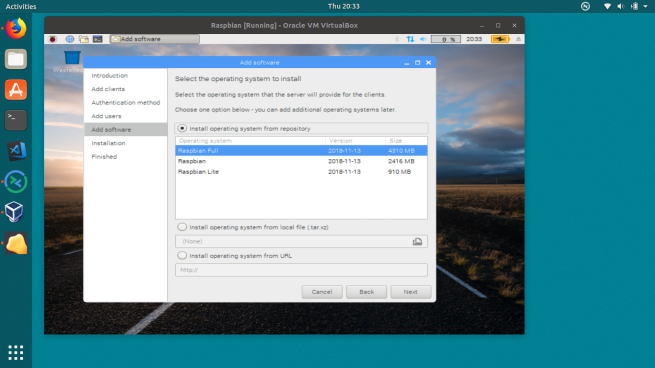 The OS then goes through the installation process. Please note this can take some time depending on which OS you are installing, for Raspbian Full it took around 20 minutes.

Pi Server then gives the option to more users.

Or to add a different OS. 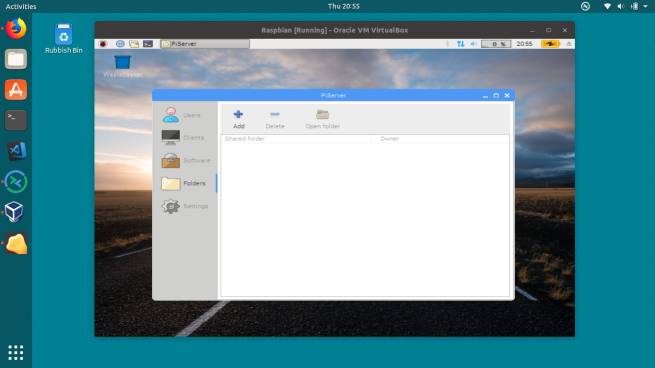 Or to create shared folders. 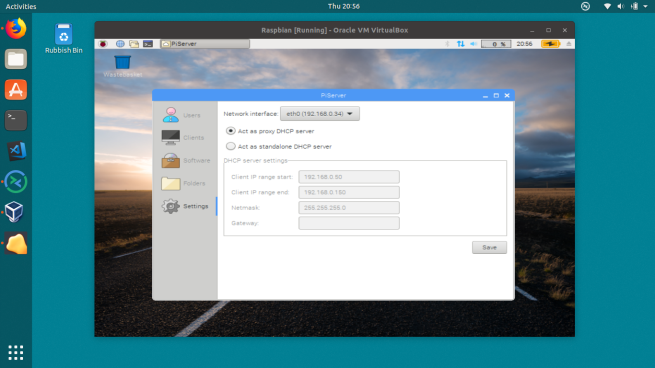 The final options are around DHCP.