Tim Peake is a Europeon Space Agency (ESA) astronaut who on the 15th December 2015 began a 186 day mission called Principia aboard the International Space Station (ISS). Tim’s mission included taking 2 Raspberry Pi computers aboard the ISS and Tim is the first British ESA astronaut. During his time aboard the ISS Tim completed covered a distance of around 78 million miles, ran the 2016 London Marathon on the ISS treadmill and completed 3000 orbits of planet Earth.

On the 18th June 2016 Tim Peake finished his 186 days aboard the ISS and came back down to Earth inside a Soyuz TMA-19M descent module, landing in Kazakhstan. The Soyuz capsule is currently touring the UK and is at the Manchester Museum of Science and Industry between Saturday 10th March 2018 and Sunday 13th May 2018; entry and viewing of the capsule is free (although a donation is recommended).

I visited Manchester Museum today with my family to view the capsule and it is amazing to see an object that not only has been in space (regular readers will know I enjoy most things space), not only survived re-entry through Earth’s atmosphere but also brought home (well, to Earth) a British hero. If you get the chance I urge you to visit the space craft tour as it goes around the UK, after Manchester it is set to visit;

and an currently unknown (TBA after a competition) venue between August and November 2018. 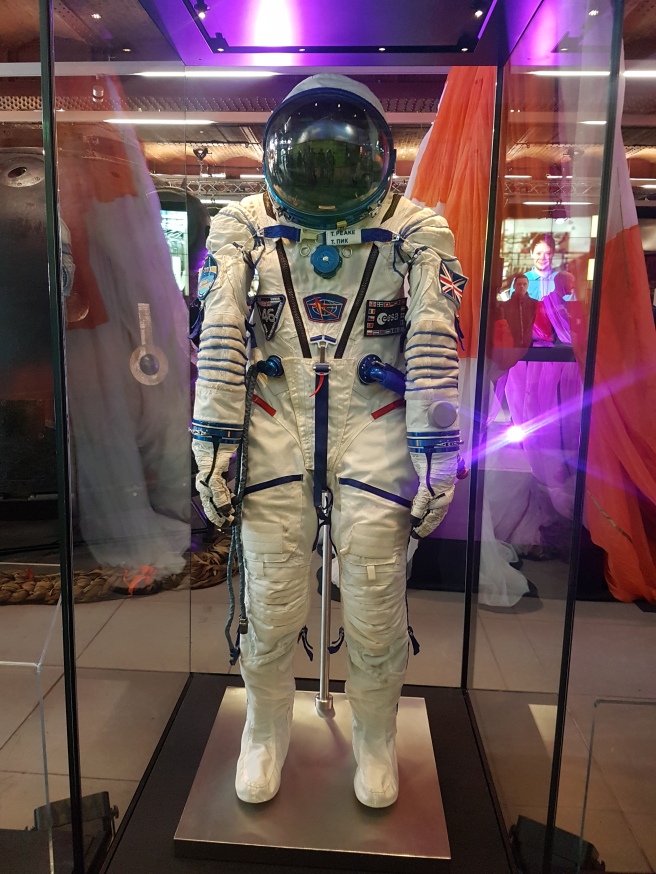